The FCC closed captioning quality standards remain as pertinent to video content creators today as they did upon their initial release.

Back in February 2014, the Federal Communications Commission (FCC) released a declaratory ruling on closed captioning quality standards for video programming.

These rules provide clarification around captioning standards and create consistency across captioned video content. While the FCC closed captioning ruling applies specifically to television, these standards have proven to be valuable across platforms. So what are the FCC closed captioning quality standards? Basically, the rules address four aspects of caption quality:

The FCC states that these components are essential for ensuring accessible closed captions. Let’s take a look at each of these captioning elements more carefully.

The FCC closed captioning guidelines state, “In order to be accurate, captions must match the spoken words in the dialogue, in their original language (English or Spanish), to the fullest extent possible and include full lyrics when provided on the audio track.” More specifically, they require captions to include all words spoken in the order spoken (i.e., no paraphrasing). This also means that the captions must use proper spelling, spacing, capitalization, and punctuation.

Further, they differentiate that accurate closed captions must convey the tone of the speaker’s voice and intent of the content. The goal here is for captions to maintain the impact of the performance so that the overall message is not lost on the viewer. For example, if slang or grammatical errors are intentionally used for effect or emphasis, this should be reflected in the captions.

The FCC also specifies that captions with nonverbal information (sound effects, music, speaker identification, etc.) must be provided to be considered accurate. 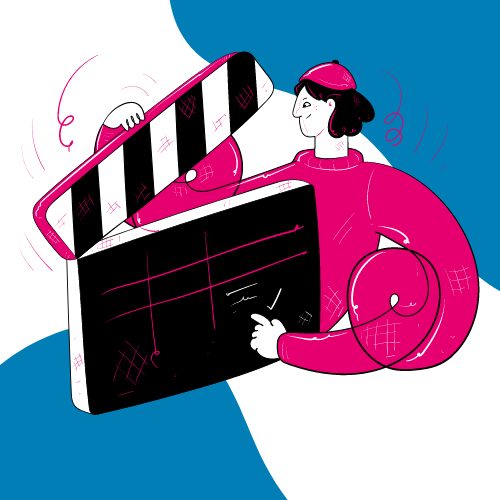 The FCC states, “In order to be synchronous, captions must coincide with their corresponding spoken words and sounds to the greatest extent possible.” It also denotes that the captions must occur at a speed that can be read by viewers. And, if a program is edited for rebroadcast, it requires that captions be reformatted to provide accurate synchronization.

Here, the FCC states, “In order for a program’s captions to be complete, captions must run from the beginning to the end of the program, to the fullest extent possible.” Prior to 2014, it wasn’t uncommon for captions to paraphrase, skip dialogue, and even entirely drop off in the middle or before the end of programming, despite efforts on the part of the FCC to minimize this issue. Now, any program that does not include complete closed captions up to its conclusion is in violation of these standards. In response to complaints of captions obscuring important information, such as on-screen text or graphics, the FCC states that “captions should not block other important visual content on the screen including, but not limited to, character faces, featured text (e.g., weather or other news updates, graphics and credits), and other information that is essential to understanding a program’s content when the closed captioning feature is activated.”

As an example, if you are watching a documentary and there is text on the bottom of the screen that states the speaker’s name and profession, closed captioning must be moved to another part of the screen to avoid obscuring the information.

The guidelines go on to require that captions not run off the edge of the screen and that the text is sized appropriately for legibility.

Are You Compliant with FCC Closed Captioning Guidelines?🔎

How Accurate Should Closed Captions Be?

Most vendors that provide recorded closed captioning propose caption accuracy rates that are almost perfect. At 3Play Media, our average measured accuracy is 99.6%, and we guarantee over 99%, even in cases of poor audio quality, multiple speakers, difficult content, and accents.

The FCC’s captioning standards do allow some leniency for captioning live programming: “Although we recognize the need for a slight delay in the delivery of captions for live programming, the delay in the presentation of live captions should be kept to a minimum, consistent with an accurate presentation of what is being said and the overall goal of ensuring that captions enable viewers to follow the program.”

It is important to note that even before the FCC closed captioning standards were updated in 2014, it was possible for live programming to be captioned at a high rate of accuracy. For instance, the U.S. House of Representatives provides real-time verbatim closed-captioning of televised proceedings. Their requirements? The contractor should provide 98.6% accuracy of verbatim captioning.

The FCC closed captioning quality rules and other legal captioning requirements compel live programming to be captioned universally at this high of an accuracy rate. Because captions for video programming must adhere to the FCC’s guidelines, not to mention the adoption of WCAG requirements by many web videos, there has been a continuous improvement in quality of web captions. More directly, if we are looking at recorded programming to be placed online, accuracy rates should be as perfect online as they are on broadcast television.

The FCC closed captioning guidelines leave little room for error, leading to a noted improvement in captioning quality across both video and online programming over the past several years.

This post was originally published on April 3, 2014, by Lily Bond. This blog was updated on July 9, 2019 by Jaclyn Leduc and has since been updated again for accuracy, clarity, and freshness.