As people learn more about the many benefits of video captioning, and about the hundreds of millions of people worldwide who who can benefit from captioning, the world is increasingly beginning to notice the cavernous gap between the volume of video published on the internet and the amount of proper captioning actually being done.

This trend is one of the many reasons most organizations see their captioning needs increasing year after year.

So, for an idea of what the future of online video looks like, here are five YouTube channels that are way ahead of the curve when it comes to captioning: Rikki Poynter is pretty much the paragon of closed captioning on YouTube. Every single one of Rikki’s videos is properly captioned and she is currently leading the charge for the online video captioning movement. Rikki is the founder of the #NoMoreCraptions campaign which targets the lack of accurate and comprehensive captioning on YouTube.

Rikki, who happens to be deaf herself, is a beauty-vlogger-turned-activist and a kind of public educator on d/Deaf-related topics. She also likes to keep things light and will occasionally make a video about her love for things like Pikachu and coffee. TED-Ed, a derivative production of the popular TED Talks series, features short animated videos that discuss fascinating concepts and ideas in the arts, sciences, history, business, technology and just about every other subject imaginable. TED-Ed videos are meant to be intellectually stimulating, easily shareable, and very digestible (most are less than 5 minutes long).

While other TED channels are a bit less consistent with their captioning, nearly all of TED-Ed’s videos are properly captioned. And for that, we give TED-Ed an audience-sized round of applause. 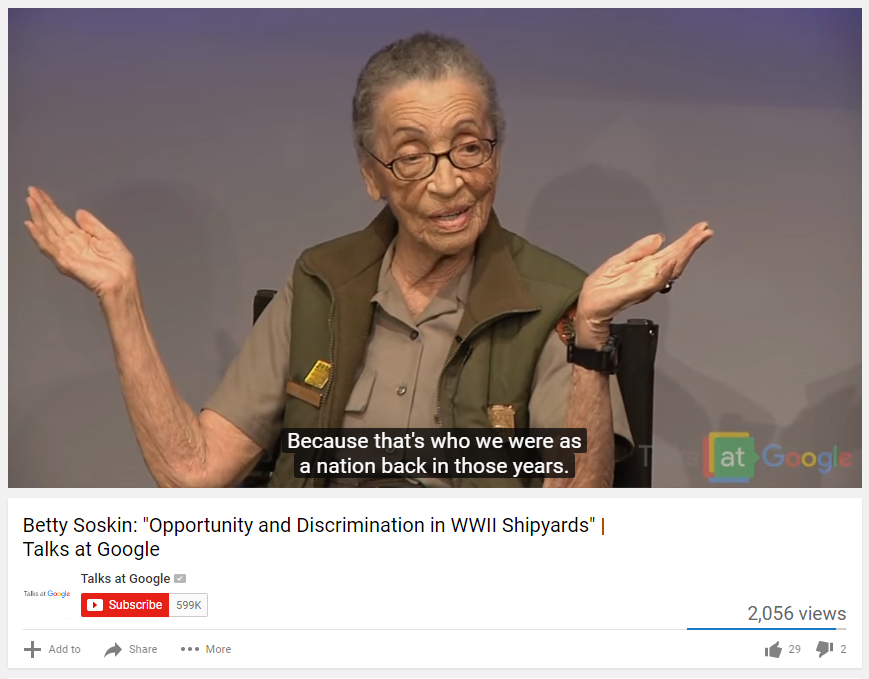 Similar to TED Talks, Talks at Google features a large and diverse series of speakers lecturing on various subjects in front of a large audience. While not every video is currently and accurately captioned, most are, and for having so many videos that are over 30 minutes or even a full hour long, that is both an admirable feat and a noble service to the public.

The videos without real, accurate captions at least have YouTube’s auto-generated captions enabled which are not totally accurate but are better than nothing. Check out the Talk with Betty Soskin, civil rights activist and the country’s oldest (and possibly coolest) National Park Service Ranger currently working at 95 years old! You may have seen Vox videos on your Facebook or Twitter newsfeed. Vox is an independent news and media company that professes we “live in a world of too much information and too little context. Too much noise and too little insight.” They do their best to cut through the noise by making the news easy to understand with structured, narrative-based videos that are easy to absorb.

Vox’s video captioning game is pretty strong. Scrolling through their video list on YouTube, you’ll notice about 98% of their videos have that little “CC” icon next to the video thumbnail which means those videos are captioned accurately (not auto-generated). With all the crazy news flying around out there these days, it’s a blessing that such content exists to help those of us who need captions keep track of it all.

They also cover really cool stories that help us forget about the chaotic news world, like this one.

#5: The US National Park Service America’s “best idea,” the National Parks Service, also has one of the best captioning programs of any US Government branch or agency’s YouTube channel.

Not all videos are captioned but a substantial majority are and some videos even feature audio description so that blind and low-vision users can also enjoy footage of mountains, prairies, and oceans white with foam.

—
If you want to caption your own videos, check out our pricing and get started with 3Play today!